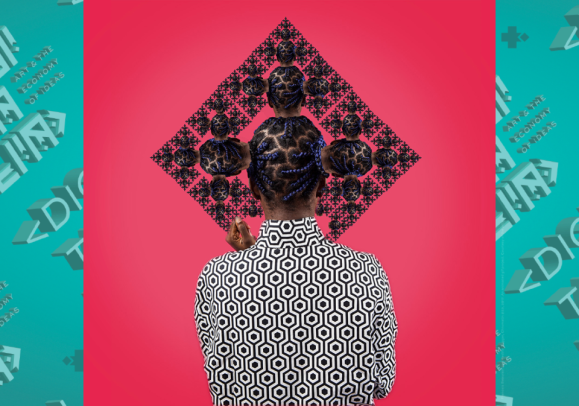 Purchase tickets for this event here.

Join us for a discussion with a digital artist Mark Sabb and creative technologist Iddris Sandu about the ways culture influences technology, and the way Black art concretely shapes global culture and can even influence the tech infrastructure. The conversation will be moderated by art and technology writer and editor Dorothy Santos.

Iddris Sandu is a Los Angeles based creative technologist — a Kanye West x Elon Musk hybrid. He’s the mind behind the software that many of us use every day. From Snapchat, Instagram, and Twitter, to Uber self-driving cars, and even the White House. Iddris has been honored by President Obama. The 20-year-old award winning savant considers himself more of an architect than a software engineer. Someone who places the world’s problems into perspective and then designs life to affirm solutions. Iddris and hip-hop artist/entrepreneur Nipsey Hussle collaborated to build LA’s first smart store leveraging Iddris’ tech and design background and Nipsey’s cultural influence. The store features include augmented reality to access artwork on clothing and to stream music. Their collaboration drew interests of many journalists as well as hip hop and cultural icons like Russell Westbrook, Vegas Jones of Roc Nation, and Diddy.

Mark Sabb is a digital strategist, artist, and designer dedicated to the intersection of arts and community. Through independent collaborationsMark has cemented himself as a cutting-edge digital artist in San Francisco, and in 2014, along with Michael Warr, Mark was granted the Creative Work Fund award as part of the multimedia project, Tracing Poetic Memory in Bayview Hunters Point.

Dorothy R. Santos is a Filipina American writer, editor, and curator whose research interests include digital art, computational media, and biotechnology. Born and raised in San Francisco, California, she holds Bachelor’s degrees in Philosophy and Psychology from the University of San Francisco and received her Master’s degree in Visual and Critical Studies at the California College of the Arts. She is currently a Ph.D. student in Film and Digital Media at the University of California, Santa Cruz as a Eugene V. Cota-Robles fellow.

This program is presented in conjunction with the current exhibition Digitalia: Art & the Economy of Ideas, on view through August 26, 2018.

Dorothy R. Santos (b. 1978) is a Filipina American writer, artist, and educator whose academic and research interests include feminist media histories, critical medical anthropology, technology, race, and ethics. She is a Ph.D. student in Film and Digital Media at the University of California, Santa Cruz as a Eugene V. Cota-Robles fellow. She received her Master’s degree in Visual and Critical Studies at the California College of the Arts and holds Bachelor’s degrees in Philosophy and Psychology from the University of San Francisco. Her work as been exhibited at Ars Electronica, Fort Mason Center for Arts & Culture, Yerba Buena Center for the Arts, and the GLBT Historical Society.

Her writing appears in art21, Art in America, Ars Technica, Hyperallergic, Rhizome, Vice Motherboard, and SF MOMA’s Open Space. Her essay “Materiality to Machines: Manufacturing the Organic and Hypotheses for Future Imaginings,” was published in The Routledge Companion to Biology in Art and Architecture. She is a co-founder of REFRESH, a politically-engaged art and curatorial collective and serves as the Executive Director for the Processing Foundation.